Caring for Geriatric Populations and Preparing for Flu Season

Seasonal spikes in illnesses have been observed for centuries, with influenza spiking in winter being a commonly observed occurrence. According to the Center for Disease Control and Prevention, influenza viruses see a spike in detection from December to March. In a 36-year-period, the CDC observed that flu activity most often peaked in February followed by December. 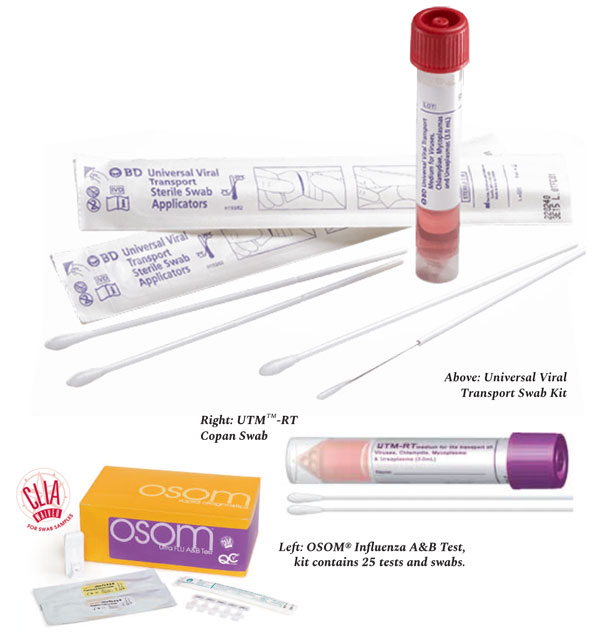 Our team at Aculabs, unsurprisingly, has witnessed an incredible surge in the demand for Rapid Flu Testing every winter. In response to such high demands, and to better prep facilities for the flu season, we would like to remind those ordering that the Rapid Flu Testing kit used requires specific swabs.

Another acceptable swab is the UTM™-RT Copan Swab, which has the purple top.

As well, for those interested, another option would be to perform the flu testing with the OSOM® Influenza A&B Test, a CLIA-waived testing platform. Kits cost $275 and Aculabs will arrange the delivery for you.